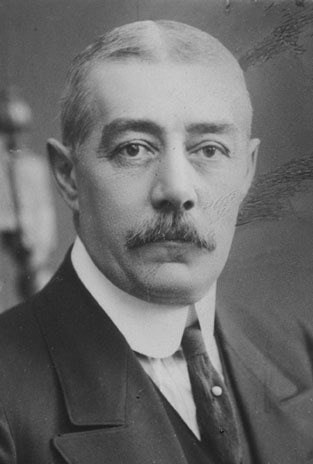 Karl Fazer is a cornerstone of Finnish culture and the company he founded is amongst the most important and well-known finish companies, in the country and abroad.

The first time I came to Finland was at the end of August 2017. I had won a scholarship to attend 10 months at the University of Helsinki. I knew little or nothing about Finland: something about the weather and the long period of darkness. For an average Italian, Finland is only a country in the Nordics. Certainly, I did not know the importance of the Fazer brand and how much Fazer chocolate I would be eating since then. You can’t really resist it. Everyone should be trying Karl Fazer chocolate.

Fazer has become a very known brand not only in the Nordics, but almost in all European countries, and in fact, they ship their several products to many countries at the moment. Although we might be writing a lot about their chocolate, I would like to dedicate one of our first articles to the story of Karl Fazer.

The life of the famous Karl Fazer

He was born in 1866 in Helsinki. He was the second of an eight-child family. His father, Eduard Peter Fazer, was born in a Swiss family and worked as a furrier, while we do not have information about any profession of his mother, Anna Dorothea Fazer.
Even though his father imagined for his sons a different future, the dream Karl had was to become a confectioner and he pursued this career. He studied hard in one of the most famous institutions of the time: the G. Berrin Patisserie in Saint Petersburgh, where he got a journeyman letter, which is a certification given to those who acquire trade skills.

After the studies, he worked in Saint Petersburg, but also in France and Germany. When he was 25, in 1891, he opened his first café in Helsinki, in Kluuvikatu 3. The store became a success and his secret was the happiness of his customers. He was known for going the extra mile to meet their expectations.

Three years later, in 1894, he married Berta Blomqvist and they had four children: Sven, Brita Elizabeth, Kitty Maria, Margit Dorothea. Sven helped the father since the age of 17 and in 1939 he became the managing director. The wife helped him in the daily activities of the store, like bookkeeping.

Throughout the years, Karl Fazer specialized in confectionery, he opened several cafés, for example in districts outside the center and he established a confectionery factory in Punavuori. While dedicating his time to the confectionary business, he also had hobbies, that you can read in our next section.

Karl Fazer became a commercial counselor in 1926 and then died in 1932 in Jokioinen, a city in the region of Häme (Tavastia Proper), in the south of Finland.

After all the Fazer chocolate we have been eating in these years, we thought it would be nice to contribute to sharing some information about the life of the famous Karl Fazer and how all of this started and who founded one of the most prestigious Finnish companies. As a foreigner in Finland, I must admit that it is amazing to realize what this company means to Finnish citizens.

If you want to read more about Finnish history and curiosities, take a look at how Valentine’s Day is celebrated in Finland. You will be surprised: here it is not about love, but about friendship!